Budapest, Hungary, 23rd May 2011–TRAFFIC is part of a recently launched project to gather information about the use, harvest and traditional importance of wild plants and their significance in the cultural heritage of Eastern Europe. 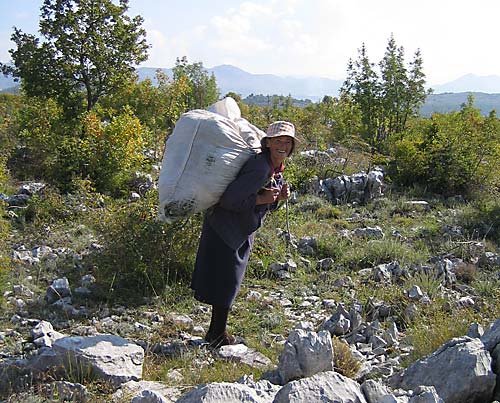 The project, which will run for three years in the Czech Republic, Hungary, Poland and Slovenia, is entitled Promoting traditional collection and use of wild plants to reduce social and economic disparities in Central Europe.

It is supported by the European Regional Development Fund and aims to introduce a pilot model by 2012 for the collection, processing and use of wild plants that is socially and culturally acceptable, economically-viable and environmentally sound.

“The use of herbs as medicine has been almost universal since ancient times, but collecting the plants requires specific knowledge of how to identify them correctly and where to find them. Such information is often passed down from generation to generation, but in today’s urbanized society, much of this traditional knowledge is unfortunately being lost,” said Anastasiya Timoshyna, TRAFFIC ‘s Medicinal Plant Officer, based in Hungary.

The lack of knowledge can lead to unsustainable trade in certain species, which can affect livelihoods, and remove important sources of income from particular groups, including ethnic minorities, women and the elderly.

Central Europe is still a major exporter of plant products, including medicines and spices to processors in Western Europe. Wild collection represents 30–40% of medicinal drug production.

In Europe it is estimated that about 2,000 plants are traded commercially, of which 60-70% are native species. Up to 90% of these are still collected from the wild, creating an important market and genetic base for many essential drugs.

“With continued growth in the wild-collected medicinal plant sector, it is important for countries in Central Europe to join forces to develop a coherent approach to plant supply in order to ensure that this demand does not exhaust natural stocks and the traditional knowledge base is preserved,” said Timoshyna.

TRAFFIC Europe/WWF Hungary is engaged in the project to promote the sustainability of wild harvesting and trade through implementation of the FairWild Standard, which TRAFFIC helped develop and promotes through its partnership with the FairWild Foundation.

More about the project supported by:

Wild at Home: An overview of the harvest and trade in wild plant ingredients