Innovative campaign promotes success from within

Ha Noi, Viet Nam, 22nd September 2014—A groundbreaking campaign is being launched in Viet Nam on World Rhino Day to promote the importance of individual character, determination and will as the secrets to success. The “Strength of Chi” campaign is based on the concept of “Chi” (“Will”) within Vietnamese culture, signifying the power of what lies within. 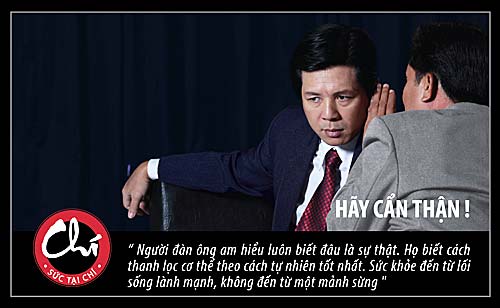 The Chi campaign promotes the notion that success, masculinity and good luck flow from an individual’s internal strength of character and refutes the view that these traits come from a piece of horn.

“The most charismatic and successful men create their own good fortune,” is the essence of the campaign.

“The Chi campaign is a new approach to tackling the illegal practice of buying and using rhino horn and reinforces the leadership shown by Viet Nam to proactively reduce illegal trade and consumption of rhino horn and fulfill its obligations under the Convention on International Trade of Endangered Species of Wild Fauna and Flora (CITES)”, said Dr Naomi Doak, Coordinator of TRAFFIC’s Greater Mekong Programme.

“The global decline of rhino populations is of grave concern and impacts natural ecosystems, deprives local communities of their livelihoods and only serves to line the pockets of criminals,” Dr Doak added.

“Using local insights, values and creative approaches, the Chi campaign celebrates the significance of the Chi concept within Vietnamese culture, and promotes the reality that dynamic and impressive individuals do not need a piece of horn to prove their prosperity, luck or strength,” says Josselyn Neukom, Country Director of PSI.

Results from a number of independent focus groups indicate that messaging created exclusively for the “Chi” campaign will resonate with the target group and also have a profound effect in reshaping public views about use of Rhino Horn.

As Mr Long, a successful 45 year old businessman living in Hanoi explained, “I love the ‘Chí’ logo and tagline. It is extremely powerful. I get it and it’s very Vietnamese.”

Another, 42 year old businessman from HCMC explained, “Since these concepts—power, charisma and luck—come from what I do myself, this campaign makes me feel good as a man.”

Illegal wildlife trade remains one of the greatest threats to biodiversity with a number of the world’s iconic species currently facing unprecedented threats from poaching for illegal trade. Rhino poaching in South Africa has increased from 13 animals illegally killed in 2007 to 1004 in 2012, undermining government capacity and resources for protection.

“This campaign will motivate individuals from within the target consumer group to demonstrate to their peers that their success comes from within,” said Huynh Tien Dung, Conservation Programme Manager from WWF-Viet Nam.

“Through targeted messaging aimed at the underlying motivations for consumption we can reduce the demand for rhino horn and help stop the senseless killing of the world’s rhinos,” he added.

More information about the “Chi” campaign
TRAFFIC—in partnership with, PSI Viet Nam, WWF-Viet Nam and other partners—is working to reduce the demand for rhino horn in Viet Nam to ensure the on-going conservation and future of global rhino populations.  The Chi campaign led by TRAFFIC and PSI is part of joint efforts to reduce demand for rhino horn. The campaign will be placed to achieve optimal targeting of urban men aged 35-50 in HCMC and Hanoi from October 2014 using integrated, multi-layered channels including: outdoor billboards, in-store and digital signage, interpersonal activation teams, business networking events, mobile messaging, and testimonials through popular newspapers and magazines.