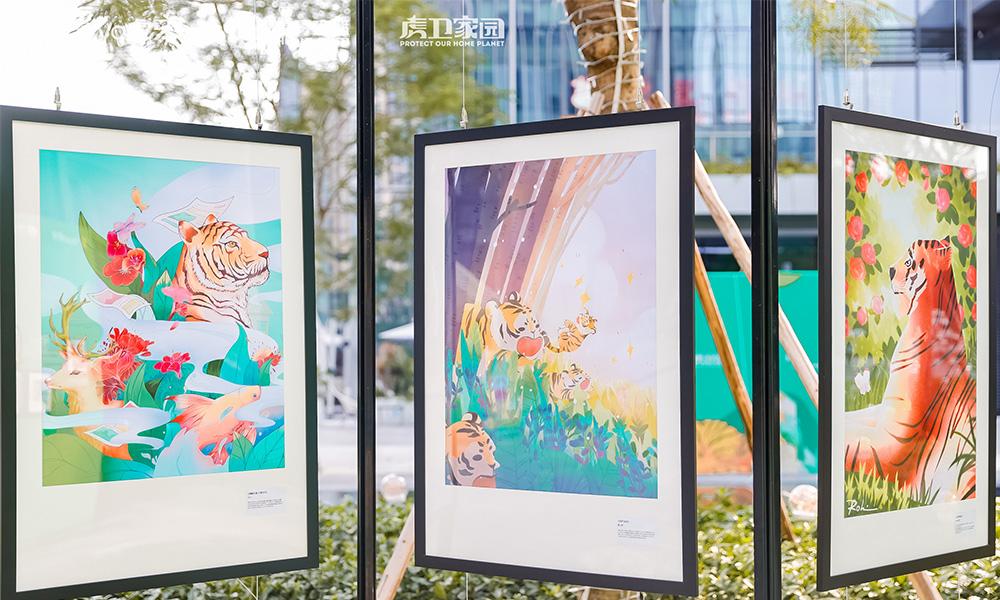 As a new member of the "Coalition to End Wildlife Trafficking Online" last June, Huya has been exploring innovative approaches through live streaming events.

Huya has been exploring fundraising approaches and conservation awareness-building through its live streaming platform. For example, with the support of CWCA and TRAFFIC, Huya launched a live streaming campaign called “Protecting the King in the Forest” with traditional Chinese craftsmen on last year's Global Tiger Day. At the start of 2022, Huya launched the “Protect Our Home Planet” campaign to collaborate with key nature reserves to launch live streaming series, including Earth Day Live Streaming at Northeast Tiger and Leopard National Park and Giant Panda National Park.

Huya has also organised activities for volunteers, including improving their capability on identifying illegal wildlife trade information online and spreading the word about wildlife conservation, reaching over 100,000 volunteers.

"As a leading game live streaming platform in China, Huya is ready to take advantage of our platform and link forces from different sectors to raise public awareness to protect our biodiversity and contribute to sustainable development.  In the future, Huya will continue to gather forces from all parties, encourage more people to participate in wildlife conservation and work together to protect our one shared home. " Zhan Xiaoyan, Vice President of the Public Affairs Department of Huya said.

Since joining the Coalition, Huya has been working hard to build connections with platforms, influencers, customers, volunteers, and NGOs to help raise awareness of wildlife conservation. We hope that more domestic member companies of the Coalition will join Huya, Tencent, Baidu, Alibaba, and Douyin not only to focus on combatting illegal wildlife trade online but also to harness their platform’s influence to carry out a variety of biodiversity conservation activities and fulfill social responsibility."

The link has relevant information on Huya, IFAW, CWCA and CEPF.

Online campaign urges people not to buy, eat, wear or own protected wildlife species and their products

Zoo visitors urged to #ChooseYourSide on the World Pangolin Day 2019