Strengthening control and management of Madagascar’s Dalbergia and Diospyros before they are all gone.

Madagascar’s so-called precious timbers, Dalbergia (Malagasy rosewood) and Diospyros (Malagasy ebony) spp, are hardwood species that have become much sought after in the last few decades for the of manufacture musical instruments and furniture. These species have been subject to unprecedented high levels of illegal logging for a decade. TRAFFIC’s analysis revealed that between 2010 and 2015, over 350,000 trees (mainly rosewood) were cut down annually for timber in protected areas, and over 150,000 t were illegally exported from Madagascar.

To curb the illegal trade, the government has enacted national decrees prohibiting the cutting, transport, domestic trade and export of these species. To reinforce these measures, Madagascar successfully proposed the listing of all species of Dalbergia and Diospyros spp. in CITES Appendix II during COP16 in 2013. A dedicated action plan has been developed to facilitate the implementation of the CITES listing. This includes specific measures such as strengthening control and enforcement measures against illegal trade, assessing the population status of standing trees, inventorying and auditing existing stockpiles, and conducting non-detriment findings (NDFs) for selected species (Decision 16.152).

After almost a decade since the CITES listing, the Action Plan is largely unimplemented; few signs of progress have been made in scientific research, such as on species identification and resource assessments. Many of the rosewood and ebony stockpiles remain unaudited and unsecured and have been alleged to provide a source for illegal leakage and export. It has been reported that during the stock inventories in 2015, just 10 of the 101 recognized stockpile owners allowed inspection of their stocks; these officially recognized stockpiles represent just about a third of those known to exist (OCCRP,2018).

At its 18th meeting in 2019, the Conference of the Parties updated the CITES Action Plan for Malagasy Dalbergia spp. and Diospyros spp. by stressing that Madagascar should continue to identify the main valuable species; make progress in the development of non-detriment findings for the identified species traded commercially and set precautionary quota based on robust NDFs; and significantly strengthen enforcement measures against illegal logging and export (Decision 18.96). On the same occasion, Madagascar provided reassurance on the country’s paradigm change and declared that Madagascar would not consider any trade of its stockpiles until these are under control and the risks of illegal trade have been assessed and controlled, and the necessary capacity regarding forest controls has been secured.

During the last meeting of the Standing Committee in March 2022, Madagascar expressed the country’s intention to open the trade of stockpiles for national use. However, this proposal did not provide any measures to ensure that the opening-up of stockpile sales at the national level will not encourage illegal trade on the international market and an upsurge of illegal harvesting from the forests.

At the upcoming CITES CoP19, the CITES Secretariat’s document CoP19 Doc. 29.3 on “Madagascar Ebonies and Dalbergia” has re-emphasized the recommendations of the previous COP and Standing Committee to secure the stockpiles (including undeclared and hidden stocks), to assist with relevant capacity-building activities in Madagascar and transit and destination countries and remind potential destination countries to take appropriate measures (including prohibiting entry, seizing specimens upon arrival and applying appropriate sanctions against traffickers). However, the document proposes the deletion of the other Decisions related to the initial Action plan for Malagasy Dalbergia and Diospyros, including the identification of high-value species, developing NDFs and precautionary quota setting. In addition, little mention is made of efforts to curb illegal harvest and trade and strengthening law enforcement against traffickers. Despite the establishment of a special court to specifically address rosewood trafficking in 2015 and identification of many timber barons publicly since 2011, no major prosecutions have been undertaken, and only low-level traffickers have been charged.

Given the lack of effective action to address these issues, TRAFFIC believes these specific activities should also be considered for inclusion in the Resolution. In relation to Madagascar’s proposal to open domestic sales of these woods, TRAFFIC would encourage the inclusion of work on traceability to increase the transparency of the trade and limit the leakage of newly harvested timber into the market. Additionally, Madagascar should be encouraged to implement an electronic permitting system to reduce corruption and the issuance of fraudulent documentation. This will also enhance the traceability of wildlife products, facilitate sharing of permit data and reporting on trade, allowing for improved international cooperation. Following a feasibility study commissioned by TRAFFIC and conducted by UNCTAD, TRAFFIC has developed a blueprint for implementing such a system. Madagascar has secured funding from GEF7 to implement and run it for five years. Further funding is then needed to maintain the system, and the CITES has a potential role to play in helping Madagascar to secure this additional funding.

Before the re-opening of any domestic trade, Madagascar should take effective action to control the alleged unreported and ongoing illegal logging of precious wood in the eastern rainforest of the country.

Stockpile assessment and auditing remains a huge challenge, and the lack of effort to recover hidden stockpiles, which represent over 90%of total stockpiles, is also worrying. Madagascar would no doubt require funding and technical expertise from the international; community to audit and secure all of the stockpiles of rosewood and ebony that may have been accumulated from the 2009-2014 political crisis.

news and reports related to rosewood and ebony

Policies on Rosewood in China

TRAFFIC publications related to the trade in rosewood and ebony. 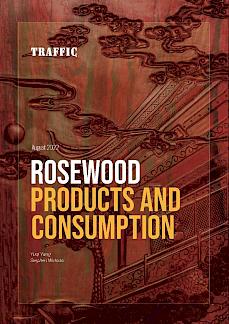 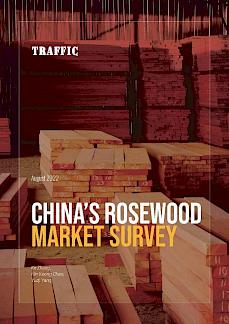 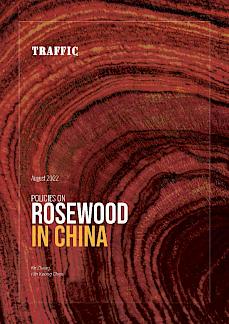 Policies on Rosewood in China