TRAFFIC's governance an introduction to our board of trustees

TRAFFIC's current board of trustees was established in 2017 in line with our Articles of Association.

The TRAFFIC International Board of Trustees is responsible for establishing the strategic goals and approach and for TRAFFIC's work worldwide, advising on implementation and ensuring accountability for use of financial and other resources.

our board of trustees 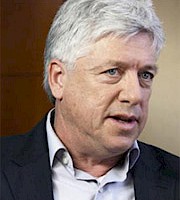 He then spent four years in WWF-International’s Conservation Division, with responsibility for building its programmes in China. There followed fourteen years at IUCN, first in the Conservation for Development Centre (integrated into IUCN as the Field Operations Division), then first as Director of Development and, finally, as Director of Policy and Partnerships. He left IUCN to establish the International Institute for Sustainable Development (Europe) which he directed until retirement in 2016 and where he remains a Senior Fellow. Mark writes and lectures on the subject of sustainable development and sits on the board of several organisations in the field of sustainable development. Mark is a citizen of Switzerland, Italy and the US. 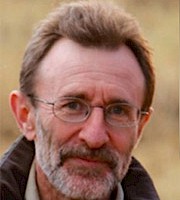 At Defra Jeremy led pioneering efforts to tackle the illegal wildlife trade (IWT) through the London and Kasane Conferences and by funding frontline projects under the IWT Challenge Fund and the Darwin Initiative. Jeremy has almost four decades of experience advising Ministers and providing leadership in international and domestic policy making. In the UK Government he led negotiations and policy implementation on international biodiversity, sustainable agriculture, sustainable energy, and delivery of Defra’s £140m share of the International Climate Fund. Jeremy also led a politically sensitive review of the EU Birds and Habitats Directive, and the UK Government’s rural economy growth review. Jeremy was Environment Counsellor in the Organisation for Economic Development and Co-operation (OECD), Paris for eight years. 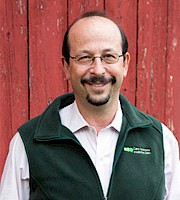 Joshua Ginsberg received his Ph.D. from Princeton University and his B.S. from Yale University. His career in conservation science spans 35 years and several continents. During the 1980s and 1990s, he led ecology and conservation projects in Asia and East and Southern Africa. In 1996, he began his tenure with the Wildlife Conservation Society (WCS), taking on a series of senior management roles that benefitted from his scientific, fiscal, and administrative expertise.

As Senior Vice President of the Global Conservation Program at WCS, he oversaw initiatives in North America, Asia, Africa, Latin America, and the marine environment – including fundraising and managing an $87 million budget. As Vice President of Conservation Operations, he managed the budget and operations of WCS’s Global Program, including program evaluation and strategic planning. As Director of Asia and Pacific Programs, he was responsible for projects in 17 Asian countries, growing the program’s budget five-fold in less than a decade.

Dr. Ginsberg has been an adjunct professor at Columbia University since 1998. In addition to lecturing and advising graduate students, he has helped manage Columbia’s Consortium for Environmental Research and Conservation (CERC). Past academic appointments have included: Research Fellow in Ecology at the Zoological Society of London, Honorary Research Fellow and Lecturer at University College London, and Research Fellow at Oxford University. Dr. Ginsberg is on the boards of the Ocean Foundation, the Open Space Institute, and the Catskill Mountainkeeper, and is a member of the advisory council of the American Museum of Natural History’s Center for Biodiversity and Conservation. As an American Association for the Advancement of Science (AAAS) Diplomacy Fellow, he provided guidance on international conservation issues, including matters relating to the Convention on International Trade in Endangered Species (CITES) and African biodiversity.

As President of the Cary Institute of Ecosystem Studies, Dr. Ginsberg oversees a premier, independent center of ecosystem science located on 2,000 acres in New York’s Hudson Valley. With an annual budget over $10 million, the Institute’s staff numbers more than 100, including a core scientific staff of 12 PhD scientists, who are joined by dozens of emeritus, adjunct, and post doctoral scientists, as well as graduate and undergraduate students. Areas of Cary research expertise include: disease ecology, forest and freshwater health, climate change, urban ecology, and invasive species, with programs in education and outreach enhancing all areas of research. 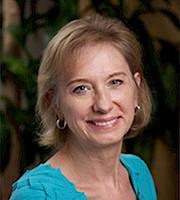 Ginette Hemley is WWF-US’s Senior Vice President for Wildlife Conservation, overseeing global programs to secure a future in the wild for some of the world’s most endangered and iconic species

Under her leadership, WWF-US is designing and executing high-impact strategies for wildlife protection and species recovery by addressing urgent threats such as the wildlife trafficking crisis; working with local communities to develop incentive-based programs for long-term species and habitat conservation; and mobilizing large-scale public, political, and financial support for wildlife and ecosystem protection.

An authority on endangered species and conservation policy, Ginette has spearheaded innovative initiatives to advance conservation of endangered species such as tigers, elephants and rhinos through partnerships with the private sector, grass-roots organizations, and governments. Her leadership has contributed to WWF’s ambitious goals to double the number of tigers in the wild, develop systemic approaches to tackling global wildlife crime, and scale up successful community-based conservation efforts.

Ginette received a BS in biology from the College of William & Mary, studied history and philosophy at Oxford University, and was an ELIAS Fellow with the Massachusetts Institute of Technology. 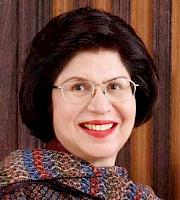 Ms Kabraji served as the Regional Director for IUCN Asia and Director of the IUCN Regional Hub for Asia-Oceania. She oversaw and maintained an active presence in 15 countries, and was responsible for more than 70 wide-ranging environmental initiatives.

With more than 30 years of experience, her leadership has been instrumental in bringing awareness to vital conservation issues such as gender, culture, and sovereignty. In 2018, she was a recipient of  the Tamgha-i-Imtiaz Pakistan Civil Award  in recognition of her outstanding contributions to conservation and development in Pakistan. Ms Kabraji serves as Co-Chair of the Mangroves for the Future initiative. She is also a member of the Advisory Committee of the United Nations Centre for Regional Development and is on the Board of Trustees, TRAFFIC International. She led the External Review of the International Institute for Environment and Development (2011–2012) and sits on the Green Economy Coalition Steering Group. Recently, Ms Kabraji was appointed Team Leader of the Special Policy Study on the “Green Belt and Road Initiative and 2030 Agenda for Sustainable Development” under the China Council for International Cooperation on Environment and Development. She was also appointed by the Jeju Special Self-Governing Province to sit on the Global Environmental Advisory Committee for Jeju Province. Ms Kabraji is a member of the External Advisory Board for the Yale Global Institute of Sustainable Forestry, a McCluskey Fellow, a visiting professor with the Yale School of Forestry and Environmental Studies, and a sought-after lecturer worldwide. 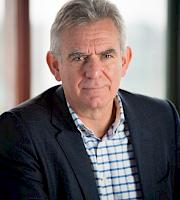 He joined the Institute after spending 10 years as a Director in UNEP leading the World Conservation Monitoring Centre (UNEP-WCMC) in Cambridge, UK. An ecologist who trained for a first degree at the University of Cambridge followed by a doctorate in African wildlife management at the University of Zimbabwe, Jon worked in Africa for 25 years. He has worked in government, NGOs and the private sector holding a range of leadership positions directly linked to nature, natural resources and rural development. Jon’s interests and experience span community and rights-based natural resource management; the relationship between conservation and poverty; the sustainable use of natural resources; wildlife management/policy; and innovation and knowledge management. In recognition of his academic interests he was elected Professor of Sustainable Resource Management at the University of Kent in 2007 and a Fellow of Hughes Hall College, Cambridge in 2017. 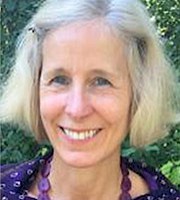 Jane also takes a lead role in IUCN’s work on knowledge products and systems, including responsibility for managing the management and production of The IUCN Red List of Threatened Species ™. As Director of the Global Species Programme, Jane is responsible for staff based in Switzerland, Washington DC, US and Cambridge, UK working on assessments of species for The IUCN Red List, conservation action, the illegal wildlife trade, invasive species, key biodiversity areas and the provision of support to the Species Survival Commission.

Jane trained as a botanist and began her professional life as a plant ecologist. In 1989, Jane founded Plantlife International, becoming its first Chief Executive. Prior to joining the IUCN Secretariat Jane was Chair of the IUCN UK National Committee, as well as a long standing member of the IUCN SSC Plant Conservation Committee. In 2003 she was awarded the OBE for services to international conservation. 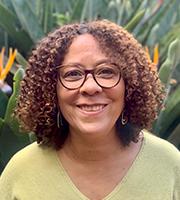 Jennifer Mohamed-Katerere is a lawyer by training and currently works as a researcher and consultant focused on the intersection of conservation (and development) with human rights and governance.

Jennifer’s work focuses on developing law, policy and practice that realizes human dignity, builds resilience, promotes prosperity and wellbeing, and recognizes local knowledge while securing sustainable environments. She has led the development of forward-looking tools and approaches – at multiple levels – for just natural resource governance, conflict management, sustainable use of wild living resources and rangeland tenure. She has worked with and for diverse organizations including IUCN and the Open Society Foundation and multi-lateral state organizations such as SADC, UNEP and FAO. Jennifer began her career as a lecturer in Environmental Law at the University of Zimbabwe in 1993.

In recognition of her contribution to just conservation, Jennifer is an honorary member of the ICCA (Territories of Life) Consortium. She currently works closely with the Riverlea Mining Forum a community organization in Johannesburg, to achieve environmental justice in ecologically degraded lands. Jennifer also serves on the Science Advisory Committee of UNECA’s Climate for Development initiative and on the Advisory Council of USAID’s Advancing Rights in Southern Africa programme. Jennifer is a member of two specialist Commissions of IUCN – one focused on social policy and the other on environmental law.

Jennifer is committed to improving governance of conservation organizations. From 2016 until September 2021, Jennifer served on the IUCN Council as chair of its Governance and Constituency Committee. In this role, she spearheaded improved organizational governance including better engagement of small national NGOs and Indigenous Peoples’ Organizations and greater recognition of the importance of diversity. 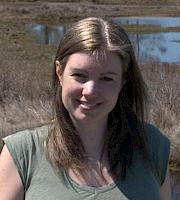 Heather Sohl is the Tiger Trade Leader for WWF, leading and co-ordinating their global efforts to stop the trade in tigers as part of their goal to double tigers in the wild by 2022

Heather joined WWF in 2006, initially spending six years managing WWF-UK's work on illegal wildlife trade and wildlife policy. Subsequently, as the Chief Adviser on Wildlife, she provided strategic leadership across WWF-UK's wildlife programmes and policy work, addressing a variety of conservation threats such as human wildlife conflict, over-exploitation, poor habitat management and an absence of local community engagement for a number of the world's most iconic and threatened species, especially across Asia and Africa. Throughout, she led on the delivery of their illegal wildlife trade programmatic and policy work, research and funding. In 2018, she joined the international WWF tiger team, following her passion and expertise on tiger conservation and trade issues, to develop, resource and lead their global tiger trade strategy.

Heather received a BSc in Behavioural Science from Nottingham University and an MSc in Integrated Environmental Studies from Southampton University, in the UK.  She has over 20 years of experience in wildlife conservation.

We're always looking for opportunities to expand the scope and reach of our work through targeted collaboration with expert partners working towards similar goals. You can find out who our current partners and collaborators are below.