Tackling corruption and following the money

Corruption is one of the most important facilitators of illegal wildlife trade (IWT). Every stage in the illegal trade chain is affected, from poaching and illegal harvesting through transportation, processing and export, to the sale and laundering of proceeds. IWT is also an acquisitive crime that generates illicit funds, estimated by the global money laundering and terrorist financing watchdog, the Financial Action Task Force (FATF), to be as much as USD152 billion per year. In 2019, FATF also prioritised money laundering from illegal wildlife trade as a primary area.

In 2016, CITES Parties at CoP17 adopted the first-ever CITES Resolution on prohibiting, preventing, detecting, and countering corruption-facilitating activities conducted in violation of the Convention (Resolution Conf. 17.6). At CoP19, the Parties are being asked to build upon this important step by adopting a Decision encouraging Parties to ensure corruption risk mitigation policies and strategies are in place to address corruption risks associated with wildlife crime.  It will also ensure collaboration mechanisms are in place between CITES and anti-corruption authorities to facilitate swift and decisive action where corrupt activities are detected.

TRAFFIC strongly encourages Parties to adopt this Decision and is keen to assist Parties in its effective implementation with practical guidance and tools. TRAFFIC is a partner in the Targeting Natural Resource Corruption (TNRC) project, which brings together expertise in both conservation and anti-corruption[1], and which has developed a series of guides and training tools for Parties involved in the implementation of this Decision.

One example is the TNRC guide to identifying corruption risks along wildlife supply chains - from poaching, transport, processing and permitting to stockpiles, export, import and sale. Its aim is to provide illustrative examples that can help practitioners “connect the corruption dots” in their own contexts.

IWT often involves sophisticated, well-funded, and organised criminal groups and catching and prosecuting the lower-level actors in these networks (such as poachers or couriers) without targeting higher-level individuals is likely to have minimal impact on disrupting them. Recent TRAFFIC research has shown that reviewing historical cases is useful for establishing a baseline of knowledge on court performance, to inform the design of interventions to build the capacity of investigators, prosecutors, and the judiciary in addressing crimes involving wildlife trade. In line with this, TRAFFIC continues, through its interventions, to support the capacity building of members of the criminal justice system.

The issue of money laundering is being addressed by a draft Decision at CoP19 encouraging Parties to integrate follow-the-money principles, and formal financial investigations [2] into IWT, and to increase the use of financial investigation techniques to identify the proceeds of these crimes and ultimately the senior criminals who organise and benefit from the illicit trade.

To date ‘Following-the-money’ approach has been successfully used to pursue and investigate many high-level corrupt actors and their financing, and has provided insights into the networks, assets, and sometimes even personal movements, as well as money transfers from one country to another.

By co-operating and sharing information with the financial sector, anti-wildlife trafficking efforts can take advantage of the vast anti-money laundering machinery that already exists as an investigative, intelligence-sharing and asset recovery tool. This gives the conservation community the opportunity to generate widespread influence to target the illicit assets of the senior members of organised crime groups who may never handle or be present for the wildlife crimes, but who direct and profit from them.

To assist conservation practitioners in efforts to further engage with the finance sector, TRAFFIC has produced an electronic course on engaging the financial sector to reduce money laundering and corruption linked to wildlife trade. It is hoped that this tool will provide conservation practitioners with a greater understanding of what money laundering is and its relationship to corruption; identify where the interests and obligations of financial institutions overlap with those of the conservation community; understand the role financial intelligence and suspicious transaction reporting can play in IWT investigations; and prompt further engagement with these financial institutions in their investigations.

[1] Consortium led by WWF with the U4 Anti-Corruption Resource Centre at the Chr. Michelsen Institute, TRAFFIC and the Terrorism, Transnational Crime and Corruption Centre at George Mason University

news and reports related to corruption and money laundering 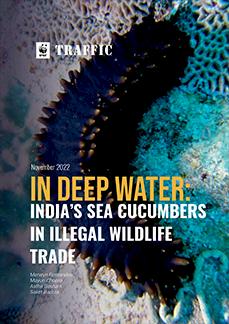 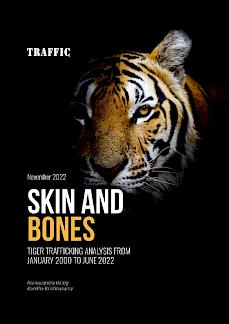 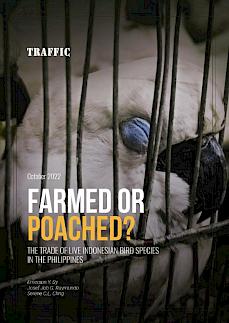