in Central African Countries and Nigeria

A TRAFFIC survey of seventy-two online platforms found a staggering 1,267 CITES*-listed species for sale in Central African countries and Nigeria between March 2018 and January 2021. In delivering these findings to the governments of the countries involved, TRAFFIC seeks to bolster national legislation to regulate these online sales when these do not comply with CITES regulations, which might be  jeopardising populations of already threatened species.

Threatened African species are facing an increasing peril from an unregulated and illegal cyber-enabled wildlife trade in Cameroon, Chad, the Democratic Republic of the Congo (DRC), Gabon, and Nigeria. These countries have a higher rate of growth in internet users than the global average, so it is likely that the volumes of online trade in CITES-listed species will increase as internet penetration rates continue to rise.

While these countries have policies in place for physical marketplaces, unregulated online market sellers are taking advantage of a lack of cyber-related legislation. Governments would benefit from using our recommendations and work with us to help reduce instances of unregualted and illegal transactions of endangered and CITES-listed species sold by cyber-sellers before it inevitably becomes even more apparent and destructive to wildlife populations.”

Denis Mahonghol, TRAFFIC Director for Central Africa Seventy-nine per cent of the observed online advertisements were found in Nigeria, which along with Gabon, also represented the highest number of live species for sale. Meanwhile, wooden products made from CITES-regulated timber without the correct permits or certificates were the most common commodities in the other countries surveyed.

Seventy per cent of all the products found for sale in this survey were live birds and monkeys, thought to be advertised for the exotic pet trade.

Despite being listed in CITES Appendix I, which prohibits commercial trade in wild-sourced specimens, the most common species found in twenty-eight per cent of all the surveyed advertisements was the African Grey Parrot – an Endangered species according to the IUCN Red List of Threatened Species.

The ongoing concern is that ninety per cent of the sellers were listing on platforms which instruct buyers to meet sellers to exchange and pay for goods in person, making it difficult for law enforcement to intercept packages or even prove the sale.

There is an urgent need to build effective preventative strategies into regional policies and national legislation to ensure the successful regulation of online trade of CITES-listed species.”

Amy Woolloff, co-author of the report

She continued: “Updating existing wildlife trade policies to include specific requirements for online sales could help ensure a consistent approach towards regulation of cyber sales in CITES-listed species in these Central African countries and Nigeria.”

Through TRAFFIC’s work in the region, there is progress in Cameroon on this front. Earlier this year, following TRAFFIC recommendations, stakeholders reviewed a draft bill for the new Forestry and Wildlife law of Cameroon and discussed integrating cyber wildlife crime policies where previously there was an absence of sanctions for illegal possession and circulation of wildlife products.

One of the concluding recommendations of the report aside from the actions proposed to governments, is that online platforms enabling the sale of CITES-listed species are urged to join the Coalition to End Wildlife Trafficking Online. Online platforms are encouraged to work with wildlife experts to create policies and mechanisms that ensure sellers and buyers are aware of CITES regulations relating to wildlife offered for sale.

were found in Nigeria which along with Gabon, also represented the highest number of live species for sale.

found for sale in this survey were live birds and monkeys, thought to be advertised for the exotic pet trade.

They are listed in the three CITES Appendices. Species are grouped in the Appendices according to how threatened they are by international trade. 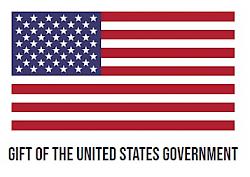 An overview of timber trade in East and Southern Africa