Beijing, China, 26th September 2015—WWF and TRAFFIC welcome yesterday’s announcement that China and the United States will end their respective domestic ivory trades as part of the international contribution towards reducing the current poaching crisis and saving Africa’s elephants. 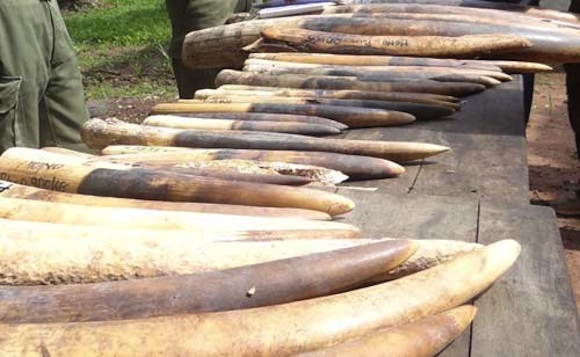 The Chinese President Xi Jinping and US President Barack Obama agreed to “take significant and timely steps to halt the domestic commercial trade of ivory” during their meeting in Washington.

They also committed to cooperating more broadly to combat global wildlife crime, just hours before the United Nations adopted the new Sustainable Development Goals, which include an objective about tackling poaching and the illegal wildlife trade.

“WWF applauds the clear determination by both countries to end their domestic ivory trades, which marks a major step forward in the international response to tackling the illegal ivory trade and ending Africa’s elephant poaching crisis,” said Lo Sze Ping, CEO of WWF China. “This major announcement shows how committed China and the US are to leading the global fight against ivory trafficking and wildlife crime.”

Around 30,000 elephants are being poached each year in Africa for their tusks, primarily to feed demand in Asia – particularly in China.

“TRAFFIC stands ready to provide every assistance in terms of the timetable, roadmap, research and market monitoring to ensure the effective phasing out of the domestic market in China,” said Zhou Fei, Head of TRAFFIC’s China office. “We hope the Chinese government will soon announce a timetable for a swift end to the trade.”

While banning the domestic ivory trade will have a major impact if adequately policed, bans alone will not stop the illegal ivory trade if demand persists.

WWF and TRAFFIC expect both the Chinese and US governments to continue their efforts to reduce demand for ivory, raise public awareness, and work with other governments, international NGOs, civil society, the private sector and local communities to end the illegal ivory trade – and give Africa’s elephants a future free from poaching.