The Elephant Trade Information System, commonly known as ETIS, is the CITES-mandated tool that tracks illegal trade in elephant ivory and other elephant products.

Managed and operated by TRAFFIC on behalf of the CITES Parties, ETIS has been designed to establish trends in illicit elephant product trade and changes in trends over time, and to assess whether or not such trends are related to CITES decisions for elephant conservation. The objectives for ETIS are also common to the other CITES programme, Monitoring Illegal Killing of Elephants (MIKE), which tracks poaching of elephants in the wild through a site-based system encompassing Africa and Asia.

ETIS was first mandated by the CITES Parties at the 10th meeting of the Conference of the Parties in 1997 through Resolution Conf. 10.10 Trade in elephant specimens. It holds the details of reported ivory and other elephant product seizures that have taken place anywhere in the world since 1989.

The seizures database is supported by a series of subsidiary database components that assess law enforcement effort and efficiency, rates of reporting, governance, economic factors, domestic ivory markets and other background variables that are time-based and country-specific. Since 2002, ETIS has produced comprehensive analyses of the ETIS data for consideration at each meeting of the CITES Conference of the Parties.

This brochure provides a useful introduction and overview of the context behind ETIS, and the way in which the analysis is conducted.

The development of ETIS is an ongoing and successful collaboration between TRAFFIC and statisticians Mr. Bob Burn and Dr. Fiona M Underwood, both previously at the University of Reading. In particular, the expert ivory analysis and development of the bias adjustment method were developed by Bob and Fiona in collaboration with TRAFFIC. Much of ETIS’ recent development was conducted under a UK Government Darwin Initiative project, and the ETIS analyses for CITES CoPs and Standing Committee reports were originally carried out by Bob and are now led by Fiona.

how ETIS works to protect elephants

Records spanning decades enable analysts to map trends and emerging trade flows, helping to predict key areas of concern as they develop and identify where renewed international attention is most needed. This in turn ensures that informed and effective conservation policy is reached by CITES parties, helping to protect elephants from threats as they emerge.

Resolution Conf. 10.10 directs that “All Parties should provide information on seizures and confiscations of ivory or other elephant specimens … within 90 days of their occurrence.” In this regard, the CITES Parties are regarded as ‘Data Providers’ to ETIS.

In addition to providing a facility for supplying such data, CITES Parties may also use this facility to review or download the data in ETIS which relates to them, to retrieve summary reports of the ETIS data and to obtain other outputs that may be available from time to time. Regular ETIS reports are presented to CITES, along with policy recommendations and analysis.

Robust data and accurate analysis are at the core of ETIS recommendations.

Making an accurate assessment of illegal ivory trade trends requires an equally accurate conceptual framework for our monitoring, particularly given that ivory seizures and reporting rates vary significantly by country or territory.

As such, we have developed a rigorous “bias adjustment” model to compensate for such fluctuations, here’s how it works.

Rates of ivory-related seizures in Hong Kong between 2004–2015

The rate of wildlife seizures varies significantly throughout locations involved in ivory trade chains. Aside from the volume of illegal ivory passing through, the rate of ivory-related seizures are influenced by factors including corruption, the strength of national legislation, as well as local enforcement capacity.

A low rate of seizures does not necessarily mean that illegal ivory isn’t passing through the country. In order to compensate for the many variables that can affect whether seizures are made and to help maintain an accurate representation of illegal ivory trade, each country is given a seizure rate to accurately assess the efficiency and likelihood of illegal ivory being seized by local authorities.

Alongside the seizure rate, countries are assessed for their rate of reporting. This criteria reviews both the quality of data provided (such as the consistency of data such as the weight and worked state of the ivory, number of pieces/tusks seized, origin of shipment, method of transportation, and location of seizure provided), as well as the efficiency and regularity of the reporting itself.

The combined rate of reporting and law enforcement ratio scores are two ways in which ETIS uses a methodological approach to compensate for gaps or biases in data, and provide as accurate a picture as possible of the constantly evolving illegal ivory trade.

ETIS supplies information on ivory trade and seizures for use across a variety of TRAFFIC publications. View the latest resources relevant to elephant conservation and ivory trade.. 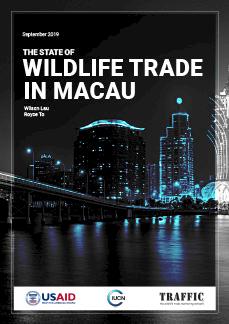 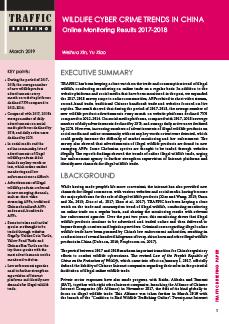 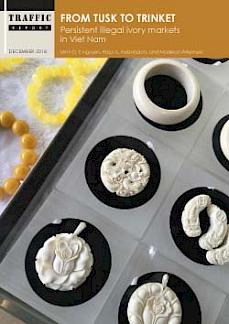